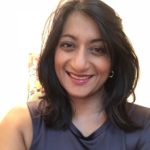 I am a Full Professor in the Department of Psychiatry, McGill University and Researcher at the Douglas Research Centre. I received my Ph.D. in Experimental Psychology from the University of Toronto, St. George Campus in 2003 and did my post-doctoral training at the Helen Wills Neuroscience Institute, University of California at Berkeley. In 2005, I joined the Douglas Research Centre and the Department of Psychiatry, McGill University.  I conduct research in the cognitive neurosciences of memory, aging and dementia prevention. My lab uses behavioral, neuropsychological, genetic, physiological, and brain imaging (MRI) methods to investigate how the human brain learns and remembers past events in rich detail (episodic memory); and how aging, biological sex, gender, and reserve factors impact cognition and brain network dynamics in adults with and without risk factors for late-onset sporadic Alzheimer’s Disease.

I am a member Consortium for Neurodegeneration and Aging (CCNA; “Cognitive intervention, reserve and brain plasticity” Team 10), Consortium Québécois for early identification of Alzheimer’s disease (CIMA-Q; “Neuroimaging Working Group and Cognitive Working Group”), McGill Centre for Studies in Aging, and the PREVENT-AD Research Group at McGill University. I am Editor-in-Chief at Aging, Neuropsychology and Cognition, Senior Editor at Brain Research and Associate Editor at Psychological Science. 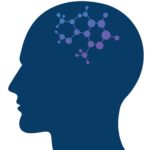 I am the study coordinator for our projects. My background is in Cellular and Molecular Biology and my job involves study participant recruitment, testing, analysis and providing research support to the lab members. I also conduct DNA extraction on blood sample and genotyping of several genes involved in memory. I’m currently working on our study focusing in determining the impact of sex, menopausal status and +APOE4 risk for Alzheimer’s Disease on the neural correlates of episodic memory in healthy middle aged adults. 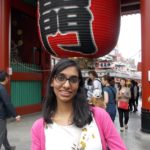 I am the MRI Image Analyst in Dr. Rajah’s lab. My background is in Computer Science and my job involves processing fMRI images and creating pipelines to run different types of analyses on fMRI data. I work primarily in Python and Matlab. 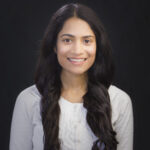 I am a postdoctoral fellow at the Rajah lab, McGill University and co-supervised by Dr. S. Belleville at CRIUGM. I did my BSc in Psychology at the University of Nottingham, England (2011), before moving to Canada to do a Masters and PhD in Cognitive Psychology, and graduate diplomas in Quantitative Methods and Neuroscience (2019). I then completed a postdoctoral position at Rotman Research Institute, Baycrest (affiliated with the University of Toronto), funded by the Alzheimer Society of Canada (2021). Under the supervision of Drs. N. Anderson, A. Troyer, and B. Levine, I developed statistical models of episodic memory and executive functions over the adult lifespan in large-scale datasets (n>40,000), and studied how these cognitive abilities vary in preclinical Alzheimer’s disease or with risk factors for dementia (e.g., sex differences, educational attainment, lifestyle factors). In the Rajah lab, I will advance my training to study the effect of sex differences and cognitive reserve on memory-related brain connectivity in individuals at risk for dementia, under the co-supervision of Drs. N. Rajah and S.Belleville and a postdoctoral fellowship from the Consortium for the Early Identification of Alzheimer’s Disease-Quebec (CIMA-Q). 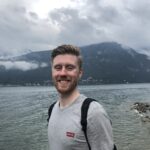 I joined the Rajah Lab, McGill University in January 2022, where I will be supervised by Dr Natasha Rajah. I completed my BSc in Psychology at the University of Birmingham, England (2016) and my MSc in Brain Imaging (Neuropsychology) at the University of Nottingham, England (2017). During this time, I was awarded a Biomedical Vacation Scholarship by the Wellcome Trust to support a placement at the University of Sheffield, England, and also worked as a Research Assistant in Birmingham. I then undertook a PhD in Cognitive Neuroscience at Cardiff University, Wales (2021), where I investigated the impact of APOE genotype and age on large-scale neurocognitive networks. I then worked as a Research Associate in Cardiff, supporting data collection and analysis for a large-scale multi-modal imaging project.

My research interests include episodic memory and spatial cognition, ageing, risk and resilience to cognitive decline, and neurodegeneration. I am particularly interested in the role of network neuroscience approaches in this context, which I will use as part of my role in the Rajah Lab. More specificially, I will apply novel multivariate network analyses to structural and diffusion MRI data in order to examine how age, gender/sex, menopause, and APOE individually and interactively affect the brain and cognition. 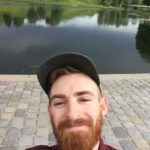 I will completemy M.Sc. at IPN with Dr. Rajah in Summer 2020 and start as a Ph.D. candidate in Clinical Pyschology, Department of Psychology in Fall 2020, under the co-supervision of Drs. Natasha Rajah and Signy Sheldon. My work looks at the relationship between the volume of medial temporal lobe structures (such as the hippocampus, entorhinal cortex, perirhinal cortex and parahippocampal cortex), and memory ability. For my undergraduate and M.Sc. research projects in the lab of Dr. Natasha Rajah, I examined the contributions of anterior and posterior segments of the hippocampus to source memory ability in young adults. For my Ph.D. I will extend this work into the area of aging and dementia and explore how changes in volume of medial temporal lobe structures relate to changes in cognitive and brain function. 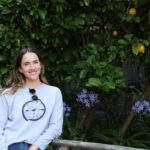 I am a PhD student in the Experimental Psychology program, under the supervision of Dr. Natasha Rajah. I completed my Master’s in Psychology at Iona College (New York), under the supervision of Dr. Sarah Wong-Goodrich. My thesis examined the effects of hormonal contraceptives and menstrual cycle on spatial memory performance. After completing my Master’s, I was a lab manager in the Cognitive Aging and Memory (CAM) Lab at Stony Brook University (Long Island, NY), directed by Dr. Lauren Richmond. While working in The CAM Lab, I managed multiple projects investigating memory changes associated with healthy aging. For my PhD, I am interested in investigating the effects of menopause (charcaterized by declining levels of E2) and inflammation on brain structure and function. When I’m not in the lab, you can find me enjoying overpriced coffee in the city, thrifting and exploring new running trails. 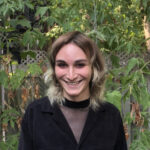 I graduated with an Honours degree in Cognitive Science Major, Psychology Minor from McGill University in 2018 with a concentration in Computer Science and Linguistics. I completed an honours thesis under the supervision of Dr. Ross Otto which used pupillometry to investigate the physiological correlates of cognitive effort expenditure during task-switching. After graduation I worked as a research assistant (RA) in the labs of Drs. Ross Otto, Madeleine Sharp and Signy Sheldon. I joined Dr. Rajah’s lab as a p/t RA in Summer 2019 and in January 2020 I enrolled as an M.Sc. student in the IPN at McGill. My Master’s project uses resting-state functional magnetic resonance imaging to investigate age and menopause related variance in canonical resting-state functional brain networks. I am particularly interested in the dedifferentiation theory of neurocognitive aging and its implications for episodic memory and cognitive control. 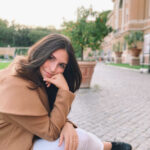 I graduated from the University of Montreal with an Honours B.Sc. in Biomedical Sciences specialized in neurosciences. After graduation, I worked as a research assistant in Dr. Debruille’s lab where I became enthusiastic about research involving cognition in humans and neuroimaging techniques. In Fall 2021, I joined the Rajab Lab as an M.Sc. candidate. For my Master’s project I will conduct a task fMRI study to examine age differences in the neural correlates of attention and memory. 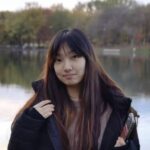 I am a third-year cognitive science student with a concentration in neuroscience. I am conducting a COGS401 Research Project with Dr. N. Rajah and Dr. R. Lissaman this year. The title of my project is “Age-related decline in executive control: The role of menopause and white matter” . I will test the hypothesis that advance age and post-menopause status will be related to poorer performance on the Wisconsin Card Sorting Task, and this behavioral effect will be mediated by differences in white matter microstructure. 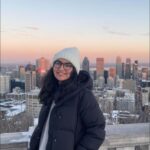 I am a third year Honours Psychology Student in the McGill Faculty of Science. This year, I am pursuing my honours research project under the supervision of Dr. N. Rajah. I will be examining executive function (measured as a function of performance in the Wisconsin Card Sorting Task) in relation to age and menopausal status in an adult female sample; furthermore, I will be investigating whether measures of cortical thickness may have a meditating role in this relationship.